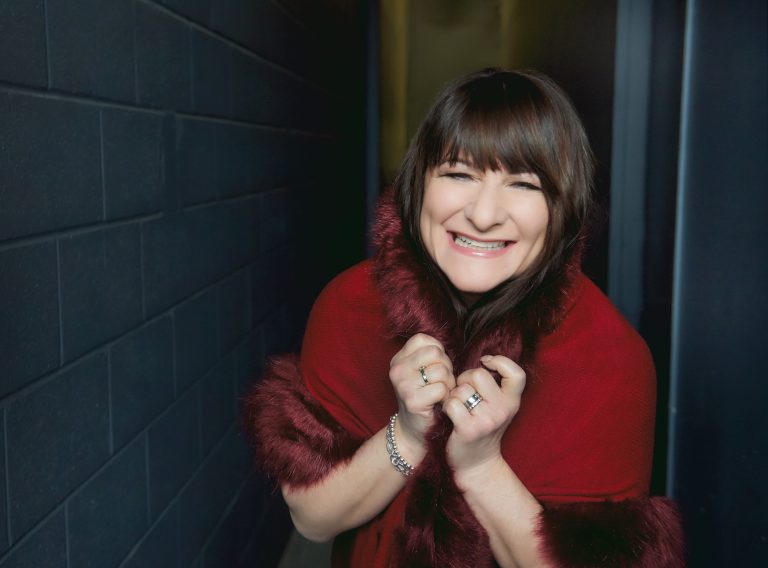 "She was absolutely spectacular"

On her latest comedy album Tested Positive, Kate Davis makes it all look and sound so easy. There seems to be a trend where comics will release their pandemic material in one album. Isolated, if you will, as to not infect other timeless material.

How to respond to ridiculous comments people make when you're pregnant

She wanted to scream, “Keep it to yourself!” but she found herself frozen “like a deer in headlights,” she says. A better plan is to offer a dash of sympathy and ask for a conversation rain check—post-delivery, please and thank you.

Veteran comedian Kate Davis found herself isolated in her room for three weeks, sick with COVID-19 after gigging in BC in March 2020....

50 Canadian Comedians to Watch Out for - and Their Best Jokes

When it comes to improving business, a little humour can go a long way. Far from a laughing matter, many successful companies have incorporated a light-hearted approach to their brands and marketing, spinning play into pay with benefits that include the elimination of boredom and fatigue, increased creativity, enhanced communications, and minimization of workplace conflicts and tension, according to firm BTI Consultants.

For most parents, a night away from the kids follows the same predictable arc: Call the babysitter, have a quick bite out and maybe squeeze in an early show before rushing home to put junior to bed

Not so for stand-up comic Kate Davis.

“I lived in Thornhill, Ont., and one night I just needed to get out and nothing was open except for a nearby comedy club,” she says. “So I went there and as I was watching the other comics, I felt as if I had met a new boyfriend or had my first-kiss.”

Staging a riot – Watch some of the country’s silliest, smartest, cheekiest comedians in action By Andrew Clark Kate Davis Hometown Toronto To Davis, a mother of three, stand-up comedy has always been an escape. “I lived around the corner from a comedy club,” she says of the first time she tried amateur night, “and needed to get out of the house.” Davis is a regular on the Yuk Yuk’s comedy circuit and is now doing public speaking, lecturing audiences on the importance of humour in parenting. “My material is just how I feel as a mother, as a woman. I’m just too tired to lie.

“  Line “We moved out of the city because of the kids – but they found us…. I’m not your average soccer mom. If my kid scores, I just honk from the car.”

Most of us, when we think back about our mothers on Mother's Day, will remember her as a homemaker, a teacher, or something fairly "normal." But I doubt any of us remember our mothers doing stand-up.

Leave Them Laughing - 10th Annual March of Dames comedy festival a gut-busting affair. They say women have an extra rib, one more than a man does; maybe that extra rib is really the mythical funny bone the female persuasion possesses.

Following a litany of genital gags that came courtesy of the male comics preceding her, Davis, 34, nominated for Best Female Stand-up in this year’s Canadian Comedy Awards, opened with: “I have a penis, too.

Davis, a native of Toronto, is one of the few comedian-mothers working in Canada. To wit: “We went to the Science Centre and some guy was talking about minerals, and he asked the kids what salt was for…My kids screamed out Tequila.”

She’s a rare combo of mother and comedian It’s not the typical playground moms will find themselves in. In a few minutes, Kate Davis, one of the few professional comedian-moms in Canada, will get to play – hitting the stage with her stand-up routine.

Moms in all their fascinating permutations will be suitably remembered and honoured on Canadian television this weekend. There will be a mom on strike, a mother spider, grandmothers who cook, sing and dance, mothers and daughters feuding and reconciling and, yes, mothers giving birth.

Kate Davis is one Funny Mommy™
The Toronto comic is unapologetic about who she is. Armed with only five years experience as a stand-up, but with a wry sense of humour that can catch you off-guard,